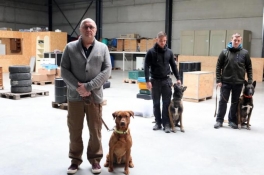 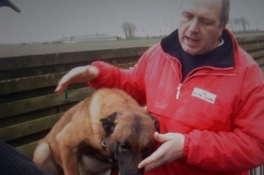 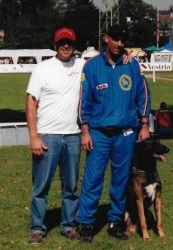 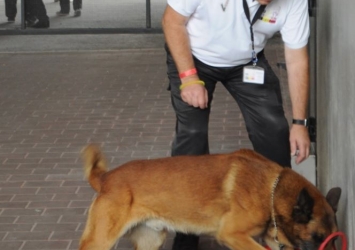 Johan is a well-known name in the world of the Belgian Shepherd and the training of dogs.

Belgian shepherd kennel VAN DE DUVETORRE
Since 1992 Johan has been breeding Malinois Shepherds and Laeken Shepherds very successfully under the world-famous kennel name 'Van De Duvetorre'. To date Johan has bred more than 300 litters, occasionally including English Springer Spaniels and, exceptionally, a litter of German Shepherds. His dogs were and still are very successful in various dog sports and exhibitions and prove their worth as working dogs in armies, security companies, fire brigades and police forces all over the world.
Send message
The most famous dogs from Johan's kennel are Stoned, Yagus and Hasco Van De Duvetorre. The latter 2 became 3 times worldchampion IGP ( most worldly training competition ). But there are actually countless others who have distinguished themselves in the IGP, Belgian ring, Mondioring, ... Such as Quichot, Bichotte, Cougar, Olaf, Eros, Turcodos, Yzer, Filou, Marly, Nash, ...
Several breeders in turn started breeding with dogs from Johan's bloodlines.
Just like Johan did with the world famous breeder Luc Van Steenbrugge of the equally world famous kennel 'des Deux Pottois'.
https://nl.working-dog.com/breedstation/van-de-Duvetorre-2118
Then there are innumerable dogs that successfully worked as service dogs all over the world.
Apart from boarding and breeding, Johan also ran a company that sold dogs all over the world, mostly for professional purposes.
Johan has also earned his spurs in the world of exhibitions and training. He was successful in the Belgian ring, Mondioring and fieldwork. He is a fervent advocate of a positive approach for which he has specialised as a clicker trainer.
K9 DETECTION BELGIUM
About ten years ago Johan jumped on the bandwagon of explosives dogs when he stepped into a French training centre. That gave him the chance to learn that discipline of working with dogs. Afterwards, Johan started a security company in Belgium that he called K9 Detection Belgium. A security company that, not coincidentally, specialises in working with dogs.
K9 Detection Belgium currently works with patrol dogs, Explosives Detection Dogs (EDD), Drug Detection Dogs (NDD), Migration Control Dogs (MDD) and also Covid dogs.
In the beginning of K9 Detection Belgium Johan worked as a certified explosives dog handler at the airports of Ostend and Brussels for screening cargo.
Meanwhile his son and daughter are also working as certified dog handlers for K9 Detection Belgium.
Johan was one of the founders of the FMBB ( Fédération Mondiale de Berger Belge ), the world organisation for the Belgian Shepherd. Johan is still the chairman of this fast growing association.
The K9 Trainingcenter is a logical result of Johan's various activities and his passion for working dogs and positive training combined with his decades of experience.
The K9 Trainingcenter gives Johan the opportunity to share that passion and knowledge.
Curriculum Vitae
Palmares
Team 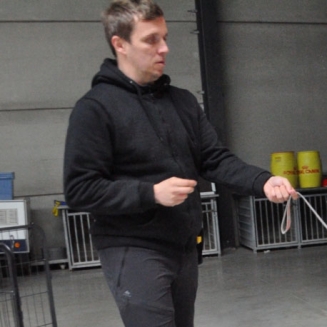 Bart Boudens
Head coach
Bart has been bitten by the dog bug and spends most of his free time on the training field in the competition sport Mondioring. Bart is the extension of  Johan. 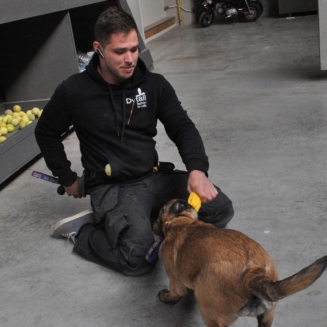 Shane Vanacker
Trainer
Shane started out as a security guard for K9 Detection Belgium. Thanks to his passion for training, he evolved from agent to dedicated trainer at our centre. 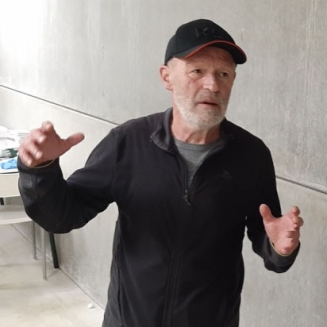 Jos Van Kerckhove
Trainer
Jos is a retired military man who is part-time trainer of our centre. His experience as a soldier, trainer and dog sportsman gives Jos a unique profile and makes him the ideal trainer for our team. Such experience is not for sale! 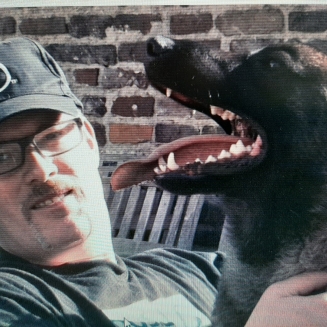 Axel Van der Borght
Trainer
Axel moved from obedience to training and became a certified attack man in the Belgian ring and attack man in the World ring. He is an avid clicker and flat-field trainer, private dog trainer and author/journalist.
André V.
Frankrijk
Johan est une véritable encyclopédie ambulante lorsqu'il s'agit des pedigrees des bergers malinois. Grâce à ses années d'expérience en tant qu'éleveur de haut niveau, son rôle au sein du FMBB, en tant que retraité, en tant qu'entraîneur, ... on peut faire aveuglément confiance à quelqu'un qui connaît son métier. La qualité avant la quantité.
Tim D.
USA
The K9 Training Center is truly unique.  I have seen many training centers all over the world. It doesn't surprise me at all that Johan has accomplished this. It is the logical consequence of his many years of activities.  Only the best is good enough for Johan.  I am a little jealous, but he is very lucky.
Larry J.
USA
For more than a decade we have been customers of Johan Weckhuyzen. We consider Johan to be more than just a business partner. We have enormous confidence in him. He has never disappointed us.  He knows our high standards, which our customers also demand of us. So we are on the same wavelength.
Piet V.
Nederland
Proficiat met het fantastische trainingscentrum !  We hebben het project met de Covid-19 speurhonden op de voet gevolgd. Wij kunnen die Vlaamse nuchterheid, bescheidenheid maar vooral zucht naar kwaliteit enorm appreciëren. We wensen jullie nog meer succes !
Ted D.
USA
With Johan we share the passion for working dogs.  When we are looking for dogs for Law Enforcement Johan is our 'man to go too'.
CEO security
België
Qua kennis over honden kent Johan geen gelijke. Wanneer we diensthonden nodig hebben dan is Johan onze man.